Cardiff held on against Birmingham to win a sixth successive Championship match and remain in a strong position in an automatic promotion spot.

Cardiff were positive from the off. Junior Hoilett had an early effort which was saved in the top corner. Cardiff did take the lead in the 12th minute through Nathaniel Mendez-Laing. He received the ball on the left, before cutting inside and firing into the bottom corner from outside the box for his first goal since August. 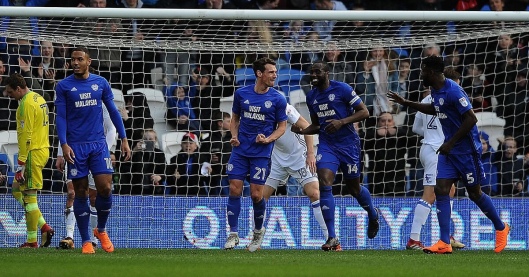 The Bluebirds scored again in the 23rd minute through Craig Bryson. Following a corner, the ball fell to Joe Bennett who fired the ball along the floor, with Bryson flicking in. Bryson had to go off in the 37th minute because of an injury and was replaced by Loïc Damour.

In stoppage time at the end of the half, Cardiff scored another through Callum Paterson. Bennett crossed the ball in, with Paterson on the end of it to score.

Birmingham came out with more fight in the second half and got back into the game. In the 54th minute, the referee gave a penalty for a foul by Marko Grujic on Harlee Dean. It didn’t look like anything had happened. Craig Gardner converted the penalty. 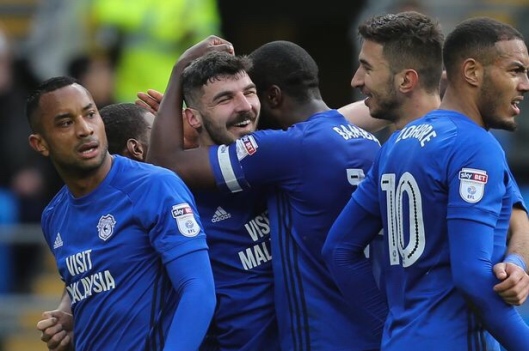 We should’ve had a penalty of our own when Hoilett was clearly fouled from behind, but for some reason the referee didn’t give it. Sol Bamba was shown a yellow card for his protests.

Michael Morrison could’ve made the game very interesting if he had scored in the 65th minute. From Jota’s corner, he managed to get free, but from point-blank range he fired straight at Neil Etheridge, who managed to keep it out.

Substitute Che Adams also came close, dragging a left-footed strike wide. Hoilett should’ve finished the game when he was one-on-one with the goalkeeper, but he fired wide when he should’ve squared for Kenneth Zohore to tap in.

Maxime Colin’s brilliant finish deep into injury-time into the top corner gave Birmingham slight hope but, in the end we held on.

We remain second in the league, four points ahead of third-placed Aston Villa and only three points behind Wolves, who lost 4-1 to Villa. Birmingham remain 22nd, two points adrift of safety. They have now lost eight Championship games in a row.

Next up for the Bluebirds is a trip to Brentford next Tuesday, the 13 March. Hopefully we continue our winning form and our six match winning run.

Cardiff finally won in September as they overcame Sunderland at the Stadium of Light.

City started brightly, with Craig Bryson opening the scoring in the 7th minute. From a goal-kick, Kenneth Zohore headed it on, Nathaniel Mendez-Laing kicked it over the top, and Bryson volleyed it low past the keeper. 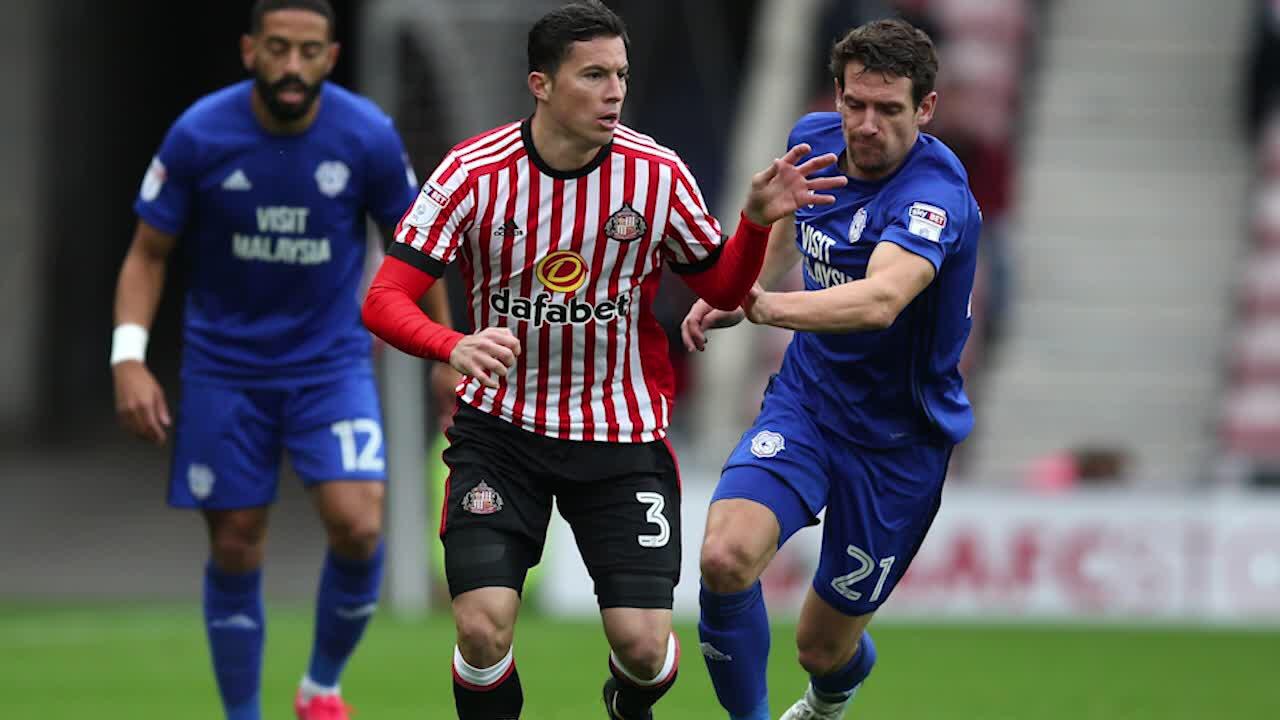 Shortly after the goal, Aron Gunnarsson nearly doubled the lead, but his effort was saved by Robbin Ruiter. Just before half-time, City received a huge let-off when Bryan Oviedo struck the post from 30 yards, with Etheridge beaten.

In the second half, in the 53rd minute, Sunderland did equalise through Lynden Gooch. After Sean Morrison had clumsily hauled Gooch down, he steeped up to slot the ball into the corner. 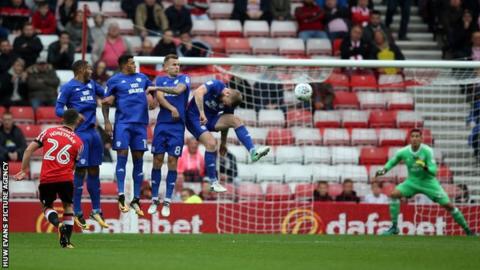 City nearly went back in front but, Bruno Manga’s effort was saved by the keeper. And Cardiff did go back in front through a penalty from Joe Ralls. After Morrison was hauled to the floor from a corner, Ralls stepped up to coolly slot in and restore Cardiff’s lead.

Cardiff held on to stay joint top of the Championship with Wolves and Leeds, who they play on Tuesday. It was an important win after not winning for three games.

This was the first Championship meeting at the Stadium of Light between the sides since October 2006, which Cardiff also won 2-1 thanks to a brace from Michael Chopra. 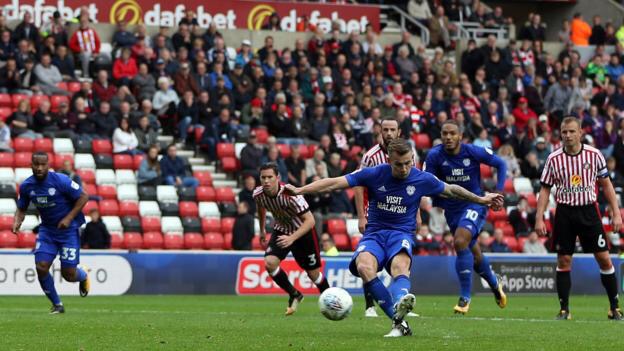 Cardiff remain third, level on points with Wolves and Leeds, while Sunderland drop to 22nd in the league. They haven’t won at home in 15 successive matches.

Next up for the Bluebirds is a home game against Leeds next Tuesday, the 26 September. Hopefully we can continue the winning form.